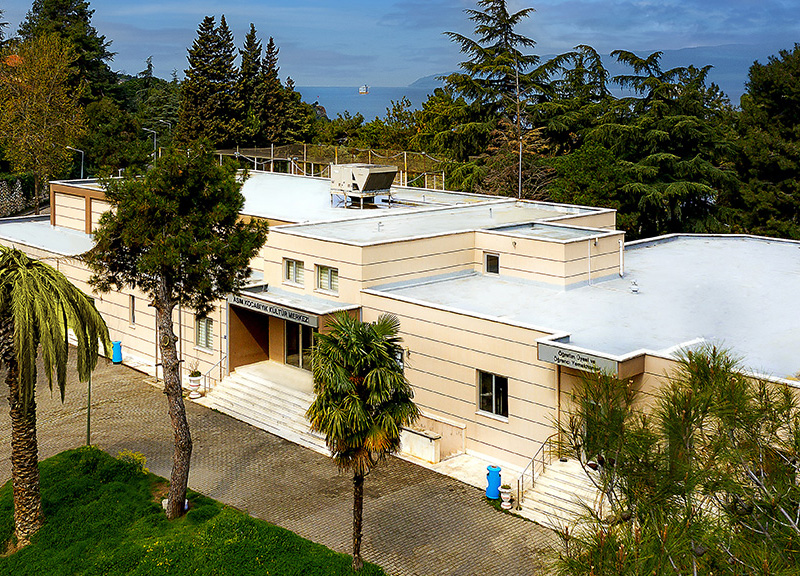 Uludağ University Gemlik Sunğipek Asım Kocabıyık Campus is located on the southern shore of the Gemlik Gulf, on the left of the road from Bursa to Gemlik, between the Bursa-Yalova highway and the sea. It is located at a distance of 35 km to the center of Bursa (Heykel). There was a need for a cultural center at Gemlik for the students and the teaching staff of the Faculty of Law, due to the distance to Uludağ University Görükle Campus and Bursa. A protocol was signed between Uludağ University and Borusan Kocabıyık Foundation and construction of the cultural center was initiated on December, 2011.

With an indoor area of 1,200 square meters, the cultural center includes a 340-seat theater which can be used as a conference, concert and cinema hall and two cafeterias for the teaching staff and the students.

Asım Kocabıyık Cultural Center was opened on December 3, 2012 and has been provided to the service of the university.